I have never been to a Wargames Expo before and I was not too sure what to expect. I have been to several warboots however and I suppose I thought it would be like that. It was better in some ways and worse in others.

I really liked the wide range of traders there were. There was something for everyone and all the people I spoke to were exceptionally friendly. If they didn’t have what you wanted, they were more than eager to pass on details and find out the information for you. There were a lot of smiles and friendly people, which made the place seem very welcoming.

There was a lot going on as well, plenty to see and do. Hosts of participation games aimed at all ages were going on over the three floors but at no point did the place seem over-crowded or jammed in. I did not try any of the games but I did look on as others did. Gangs of Rome seems like a fun game to look at and so I may see if there is anything else to it. 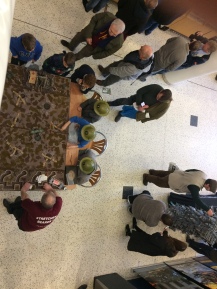 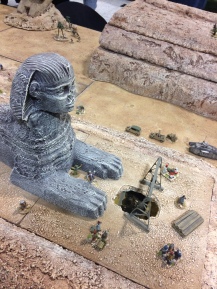 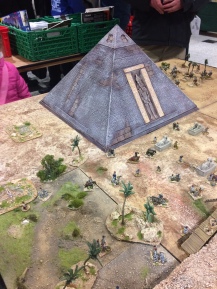 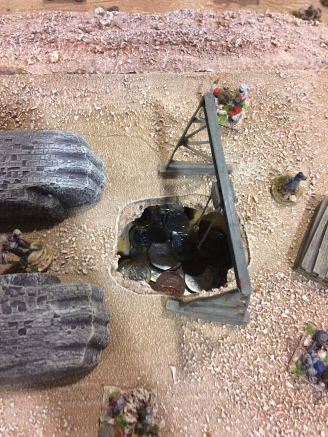 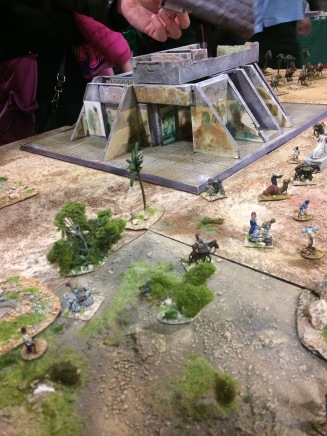 This Indiana Jones style quiz – find the mummy – was a huge board that was artfully constructed. The pyramid, and other sections of the board, lifted up and you had to really look for the characters. It was 50p a go!

There was also a tournament, both Warhammer 40K and Warmachine, going on. I am not all that into tournament playing, that would be the forte of my husband, but we went for a look anyway as some pals were playing. While there, I spotted some familiar faces and with permission, I was able to take a picture: 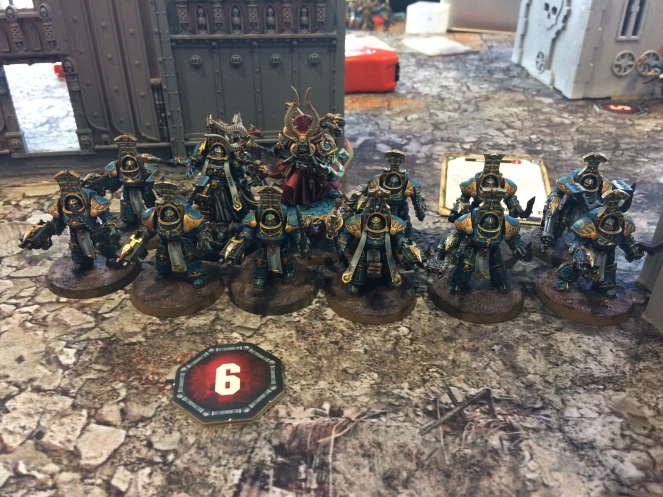 Stunning miniatures and lovely players who took time out of their game to talk to us, albeit briefly.

I also managed to snag a couple of bargains and some material for an experiment as well, which always makes me happy. A lot of the gear at Vapnartak was for historical miniature gaming, which is not my area, but it was nice to see regardless. Nothing wrong with looking at other systems and snagging ideas after all.

All in all, it was a decent day.

One thought on “Vapnartak”