I was going to write about basing, but that can happen tomorrow after the greenstuff has dried and I have finished the bases. Instead, I want to write about the Stromcast Eternals I have just finished from the Soulwars box set. It does mean I have painted an entire boxed set of miniatures, which I feel is an achievement of its own. Today, I finished the last of the Stormcast.

I am less then enamoured with Push-fit miniatures. I found that more often than not, it didn’t. I might go so far as to say I would rather work with finecast… I ended up clipping off the push fit bit and just working the miniatures together in the usual way. I also had to use greenstuff to fill gaps – I did learn that I need practice in this area.

Anyway, that small gripe aside, here are the miniatures. I’ve already sold several units so I cannot take a group picture, but here they are individually: 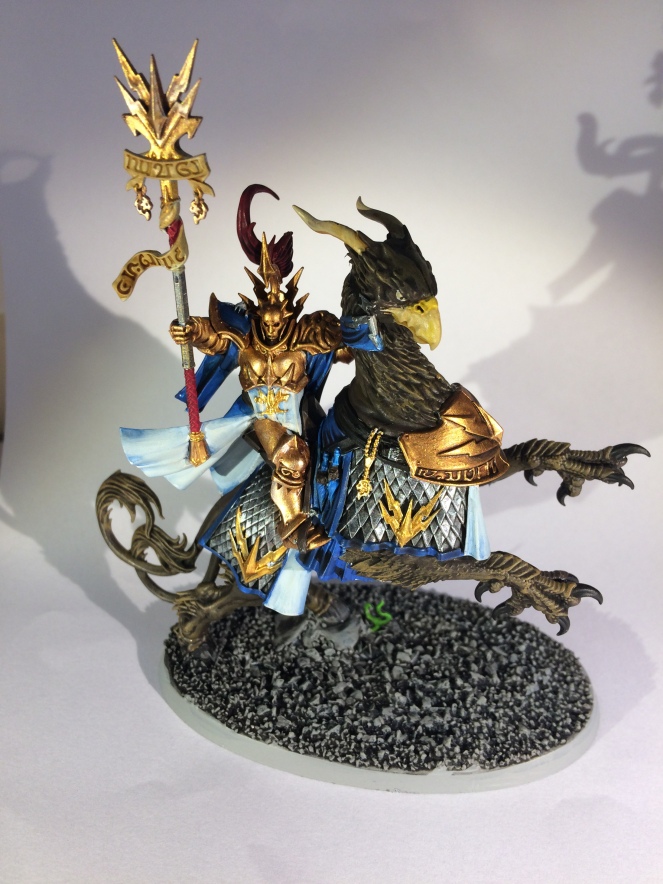 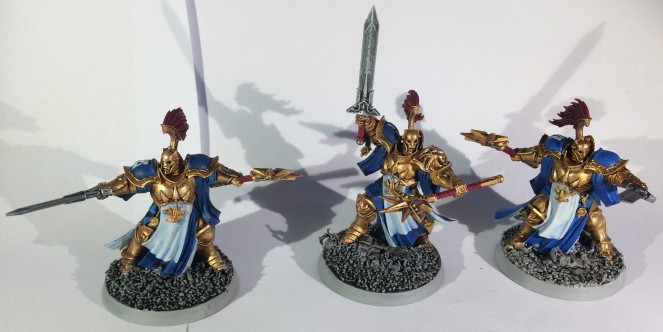 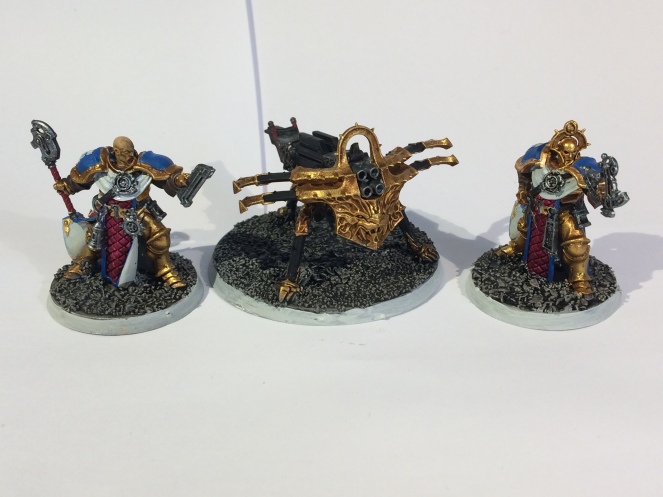 All in all, I prefered painting the Night Haunt part of the box set, but these weren’t bad – I’d paint them over skeletons any day!!