I have seen a lot of people say that they use miniature modeling, painting and construction to help them with their mental health. I’ve read and heard how the focused practice of the hobby helps calm the fractious mind and restore some order. I want to share my story as well as awareness of mental health is a big issue for a lot of people and if speaking out helps raise that, then so much the better. I listened to an Ashes of the Imperium podcast (http://ashesoftheimperium.com/episode-26-mental-health-warhammer-and-you/) and I was inspired. Here is how it helped me.

For as long as I can remember, I have seen and heard things that were not there. My earliest memory of this was watching a picture of Postman Pat tap his foot repeatedly. I remember avoiding certain parts of the playground because of dark figures dressed in black. The voices came as I grew older, and most of the time, they were innocuous. Sometimes I would think that it was someone in the house talking when they were out, sometimes it would be unfamiliar voices. Most of the time, they would speak low, mumbling as though they were on the other side of the wall. I never told anyone about them because from a young age I knew that if you told people you heard things that weren’t there, they either laughed at you, told you not to be stupid, or looked at you weird.

It was never a problem for me. I could ignore them and I rarely saw anything that I was afraid of. Usually it was animals wandering around out of the corner of my eye and that was fine by me.

This all changed in late 2016. I had been in teaching for 5 years, which I am sure most people know is a high stress environment at the best of times. My uncle had taken his own life and one of my close friends had died at the young age of 27. I did not take the time to deal with these issues as I was focused on my work.

It came to a head in November 2016 when I started to hear instructions to harm those I was supposed to protect. I would hear ‘Push that child into a wall’ and ‘Drive off the road’. It was terrifying. And it wouldn’t go away either. The more I ignored it, the louder it got. I remember clearly one of the children in my class, knocking his hand repeatedly against the radiator one afternoon and I knew I had to get help. I felt as though I was watching myself from over my shoulder. As though I had disconnected from reality and there was nothing I could do to stop it. Above all, I was frightened I was going to hurt someone.

That evening, I went to see the doctor and told him what I had told no one else before. I was asked a series of rather odd questions, such as ‘Do you think you have special powers?’ to which I laughed.

All in all, I was off work for five months. It took a long time, a good amount of home visits, an offer to be sectioned – I was not on my own at home so I felt I would be alright – and some fairly interesting medication to get me back on my feet again.

It was during this time that I was handed a copy of Horus Rising and told to read it. I had been told on several occasions before but never really bothered. This changed a lot of things for me. It had interesting characters, an engaging story and a world setting that was beyond fascinating.

I had painted before, though not for a long time and never Space Marines. It didn’t take long after that for me to create my own chapter – The Black Hand Marines – and create stories and miniatures for them. It was a huge distraction away from my mental issues and I found that when I was focused, I couldn’t hear anything else. My first marines were not my best work, but they were the building foundation for me to get where I am now.

I am no longer teaching, though I did try it for a while. I am now painting miniatures for other people and I love every minute of it. It doesn’t feel like work at all. I do still hear things that are not there, but it is managable. I no longer need the anti-psychotics and I feel as though I am no danger to those around me anymore. Painting was a huge part of my recovery process and I am so glad I discovered it again.

These are the first ones I painted. 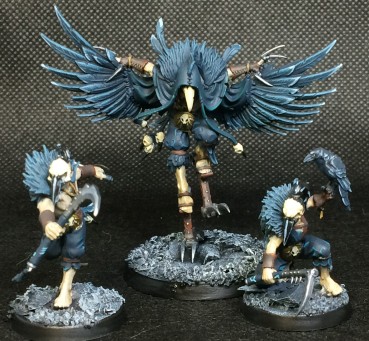 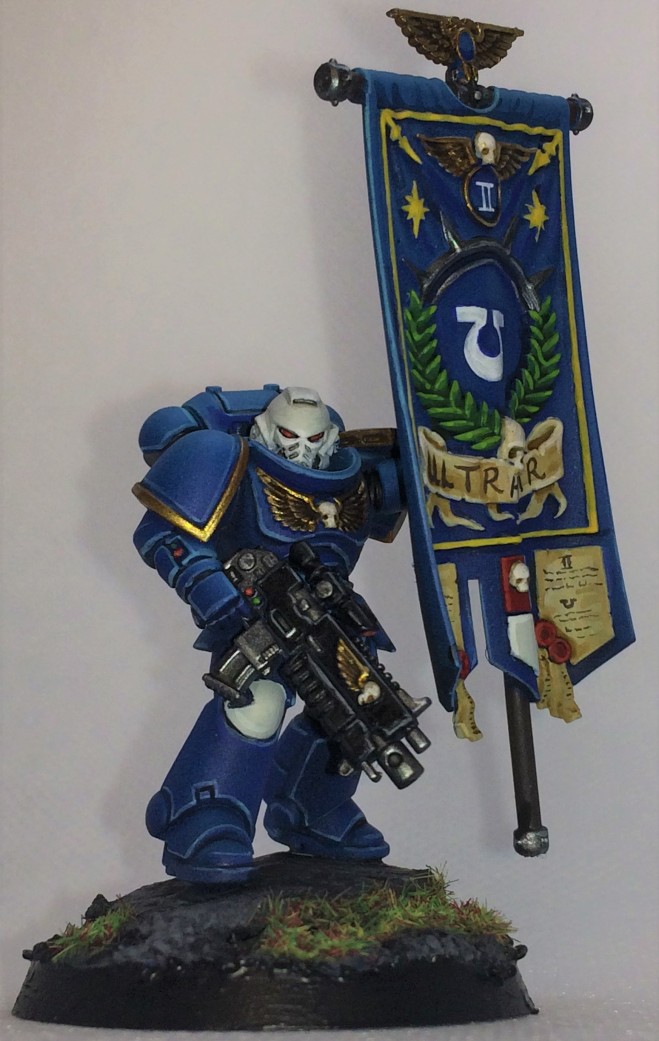 And these are some of the last!

One thought on “Miniatures and Mental Health”