After the disappointment of the last miniatures I painted, I decided I needed to do something totally different before I moved on to the next set. I have had a slaughterpriest kicking around the house for a while and I wanted to practice some non metalic metals as it has been a while since I have done them. Last thing I want is to forget how to do them after all. The slaughterpriest seemed as good a mini as any to have a go at and so he became my willing volunteer.

I also tried something new out on the leather he wears as well, I wanted to give it an aged, cracked feel and I had a tutorial on Pinterest that I wanted to try, adding my own tweaks in here and there if I needed to. Here are the results: 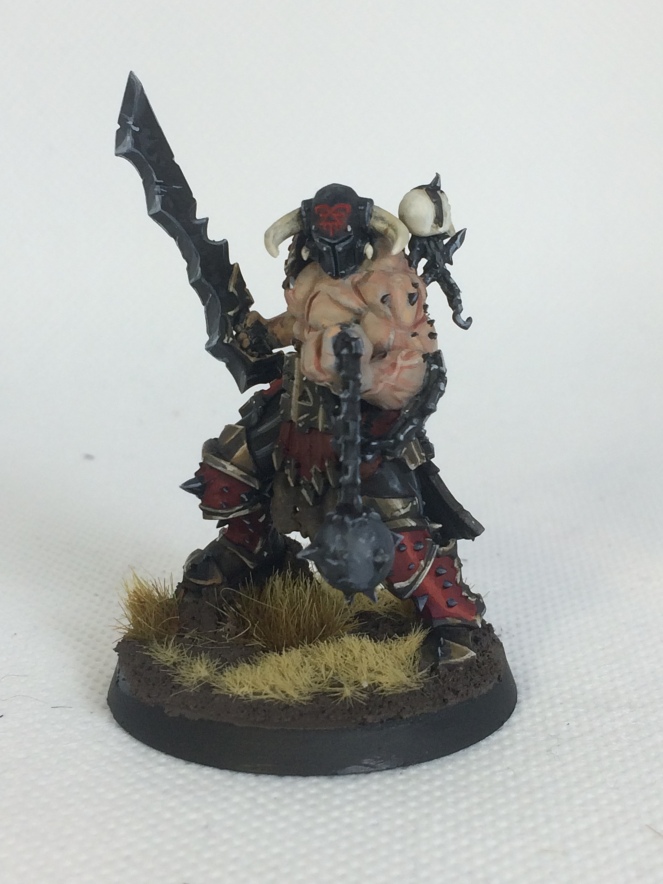 Best parts for me are the red plates with the blended highlights, and some of the areas of the brass look pretty good. Others could do with improving. Painting silver is pretty tough, but I am not going to improve that without practicing it. This is only the second time I have done so and I am hardly going to be an expert at it already. Just keep practicing!